Open to the public from Saturday 23rd May to Sunday 29th November 2020, at the Giardini and the Arsenale, the 17th International Architecture Exhibition, titled How will we live together?, will be curated by Hashim Sarkis and organized by La Biennale di Venezia chaired by Paolo Baratta until today. The pre-opening will take place on 21st and 22nd May, the awards ceremony and inauguration will be held on Saturday 23rd May 2020.

“There has been a constant theme over the years – said Paolo Baratta – the social advantages which Architecture can catalyze. As we have often said, Architecture makes us more aware individuals; it helps us become citizens, not just consumers; it stimulates us to consider the indirect effects of our actions; it helps us understand more fully the importance of public goods and of free goods. It helps us develop a more all-around vision of welfare. Of the many past editions, I would like to recall the one curated by the president of the jury of this year's Exhibition, Kazuyo Sejima (remember “People Meet in Architecture,” Biennale Architettura 2010). And lastly, Architecture helps us to conserve resources and to give ourselves a modicum of happiness.”
“In its broad-ranging gaze, the Exhibition curated by Hashim Sarkis captures the structural problems of contemporary society. He observes – and we with him – that, in every corner of the world, phenomena of intense change are underway; they all differ but what they share is a need for important “adjustments” in living conditions. Thus, the gaze of the curator and the Exhibition ranges even further afield. Architecture becomes the reference point of a vast interdisciplinary commitment and of a vast cultural and political commitment.”
“We live in a time characterized by a potential feeling of no longer being assured of an increasingly widespread progress but, instead, of being victims of the changes it entails. This is a time in which many could take advantage of the ensuing fears, worries, and changes to promote ultra-defensive campaigns. We find it useful if a Biennale can remind everyone that the identity of a society or a community lies in the quality of the projects it formulates for its future, to correct distortions and valorize resources. And, as can be seen by the many phenomena that are impacting the world just now, these projects can only arise from extensive awareness and widespread collaboration.”
“And we, once again – Paolo Baratta concludes – wonder about the goals of an Exhibition like the Biennale. Whom does it address? We have often said that the Exhibition strives to be an instrument of knowledge and dialogue for insiders of the world of architecture. But an exhibition is also a “call” to the public. A call to become visitors, to become attentive visitors, to become direct witnesses, eye witnesses. An exhibition asks its visitors to be willing to broaden their gaze; it asks its curator to become both scientist and dramaturg. It's not enough to propagate knowledge; we must contribute to fostering awareness; it's not enough to reveal problems, we must nourish a desire for Architecture through examples of proposals, projects, and achievements.”

“We need a new spatial contract – said Hashim Sarkis. In the context of widening political divides and growing economic inequalities, we call on architects to imagine spaces in which we can generously live together. The architects invited to participate in the Biennale Architettura 2020 are encouraged to include other professions and constituencies—artists, builders, and craftspeople, but also politicians, journalists, social scientists, and everyday citizens. In effect, the Biennale Architettura 2020 asserts the vital role of the architect as both cordial convener and custodian of the spatial contract.”
“In parallel, the 17th Exhibition also maintains that it is in its material, spatial, and cultural specificity that architecture inspires the ways we live together. In that respect, we ask the participants to highlight those aspects of the main theme that are uniquely architectural.”
“The question, “How will we live together?” is as much a social and political question as a spatial one. Aristotle asked it when he was defining politics, and he came back to propose the model of the city. Every generation asks it and answers it differently. More recently rapidly changing social norms, growing political polarization, climate change, and vast global inequalities are making us ask this question more urgently and at different scales than before. In parallel, the weakness of the political models being proposed today compels us to put space first and, perhaps like Aristotle, look at the way architecture shapes inhabitation for potential models for how we could live together.”
“The Biennale Architettura 2020 is motivated by new kinds of problems that the world is putting in front of architecture, but it is also inspired by the emerging activism of young architects and the radical revisions being proposed by the profession of architecture to take on these challenges. But more than ever, architects are called upon to propose alternatives. As citizens, we mobilize our synthetic skills to bring people together to resolve complex problems. As artists, we defy the inaction that comes from uncertainty to ask “What if?”. And as builders, we draw from our bottomless well of optimism. The confluence of roles in these nebulous times can only make our agency stronger and, we hope, our architecture more beautiful.”

The Exhibition will be articulated between the Central Pavilion at the Giardini, the Arsenale, and Forte Marghera, including 114 participants in competition coming from 46 countries with increased representation from Africa, Latin America, and Asia. In addition to the invited participants, the Biennale Architettura 2020 also includes Stations+Cohabitats, researchers out of competition on the themes of the Exhibition and developed by universities around the world.
Organised in five scales between the Arsenale and the Central Pavilion at the Giardini, the Exhibition also presents large installations connected to one of the five scales, which will be placed in the external spaces of the Arsenale and the Giardini. “How will we play together?” is the project devoted to children’s play at Forte Marghera, presented by five architects and an architectural photographer.
La Biennale di Venezia and the Victoria and Albert Museum, London for the fifth consecutive year present the Applied Arts Pavilion Special Project titled British Mosques at the Arsenale, Sale d’Armi. Collaborating with author and architect Shahed Saleem, the pavilion looks at the self-built and often undocumented world of adapted mosques. Three case studies will examine the Brick Lane mosque, a former Protestant chapel then Synagogue; Old Kent Road mosque housed in a former pub; and Harrow Central mosque, a purpose-built space that sits next door to the converted terraced house it used to occupy. Realized by La Biennale di Venezia. 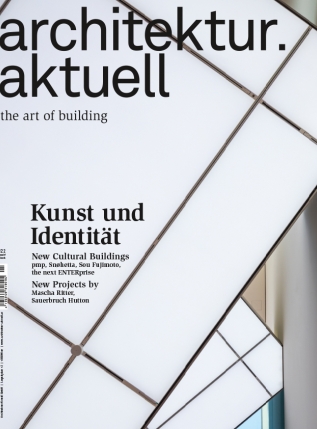